Faculty of Biotechnology and Environmental Control 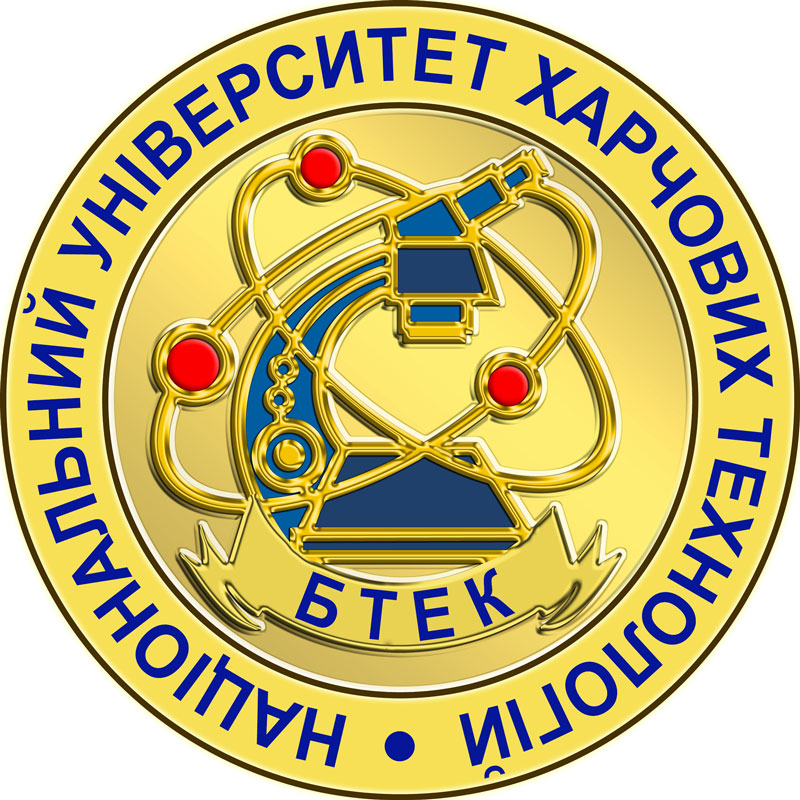 Currently, 50 teachers work at the departments of the faculty, including: winners of the State Prize of Ukraine in the Field of Science and Technology; Excellent Students of Education and Science of Ukraine; Honored Inventors of the USSR; Veterans of Labor; Laureates of the Prize of the President of Ukraine for Young Scientists; 4 Doctors of Sciences; Professors; 27 Candidates of Sciences; Associate Professors; teachers and senior teachers.

The Faculty of Biotechnology and Environmental Control provides training for Bachelor's, Master's and Doctor of Philosophy degrees. Training is carried out both on the basis of the state order, and under the contract with legal entities and physical persons.

Training of specialists in the field of knowledge 10 "Natural Sciences" in the specialty 101 "Ecology" and the educational program:

Training of specialists in the field of knowledge 10 "Natural Sciences" in the specialty 101 "Ecology" and the educational program:

Training of specialists in the field of knowledge 18 "Production and Technology" in the specialty 183 "Environmental Technologies" and educational program:

DEGREE OF "DOCTOR OF PHILOSOPHY"

While studying at the university, active students are involved in research work of various orientations, both on the basis of the departments of the faculty and other research institutions. They test the results of their research at conferences of various levels within the university, publish in scientific journals, receive patents, have the opportunity to speak at international conferences, including foreign ones, to participate in national competitions of scientific works.

Thanks to the modern material and technical base, students can perform research work under the guidance of teachers. Since 2012, on the basis of the Department of Biotechnology and Microbiology, the student group "BIOTECH" has been officially established. The Department of Environmental Safety Labor Protection has an environmental group Geek Workspace NUFT, whose members carry out research in two areas: "Wastewater treatment and recycling" and "Theoretical and practical problems of ecology of food production and products." Students working in scientific circles constantly participate in scientific conferences of various levels (not only outside NUHT, but also in Ukraine), all-Ukrainian competitions of student research papers and all-Ukrainian competitions in the disciplines "Biotechnology", "Ecology" and "Chemistry".

Teachers have been awarded a number of state prizes for their scientific achievements (see the section "About the Faculty" on the BTEC faculty website).

The main task of boys and girls after entering the university is to study. However, if a student who studies hard from session to session, but will not rest at least periodically, then after graduation parents will receive a living mummy, which will differ from the real thing only in that the body still supports the processes of respiration and metabolism.

An ordinary student is someone who knows how to combine different types of mental and physical activity with rest. Therefore, it is not surprising that the vast majorities of students not only have a high level of knowledge in chemistry, biology, mathematics, physics, but also have many talents: they sing, dance, play KVN and show sportsmanship. And the events at the university, where these talents shine with the stars, are more than enough: Ukrainian song contest, freshman and faculty evenings, Miss and Mr. NUFT contest, Tourism Day, etc. Every year the audience, enchanted by student talents, enjoys bright singing and dancing numbers.

"In a healthy body - a healthy spirit!" - this is the rule that the students of the faculty are guided by and with great pleasure attend sports sections.

Every year, national teams replenish the treasury of the faculty with awards of various degrees. Multiple champion of NUFT - men's volleyball team last lost during the competition in 2005. The women's basketball team also won in 2010. The national chess team (boys) was undefeated in competitions between faculties for four years in a row. Permanent winners and prize-winners of competitions - members of the national team in athletics. The team of the faculty won the futsal championship for the BTEC Faculty Cup, and the national team of NUFT, the main composition of which is represented by the girls of the faculty, took the first place as a non-professional team among professionals at the open cup of Ukraine in cheerleading